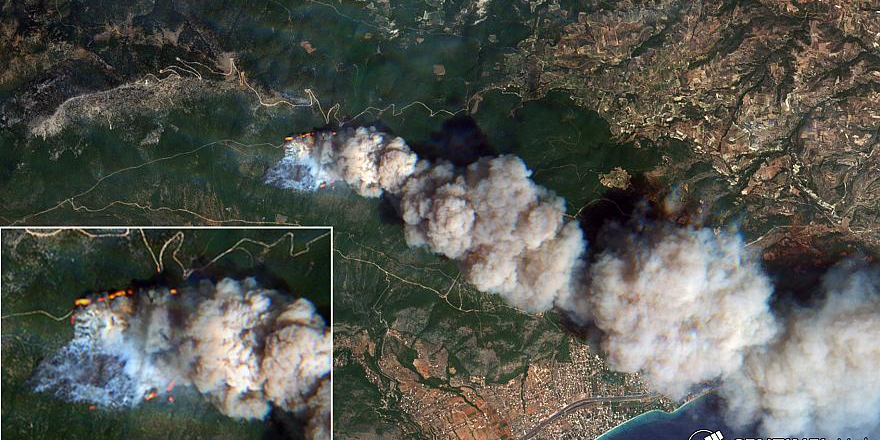 Satellite images show Greece’s worst wildfires in a decade from space, as the country battles to control the blazes in which at least 60 people have died.

Pictures of the wildfires were taken by satellites from the EU’s Earth Observation Programme, known as Copernicus.

Using different parameters to accentuate the short-wave infrared, German expert Pierre Markuse was able to reveal the intensity of the heat caused by one of the fires near Kineta. 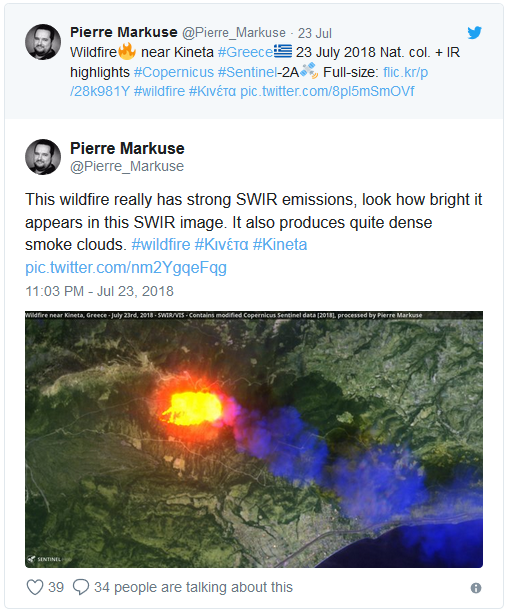 Markuse also looked at the carbon monoxide emissions caused by the fire. His analysis showed that parts of the smoke plume reached Athens some 50 kilometres away. 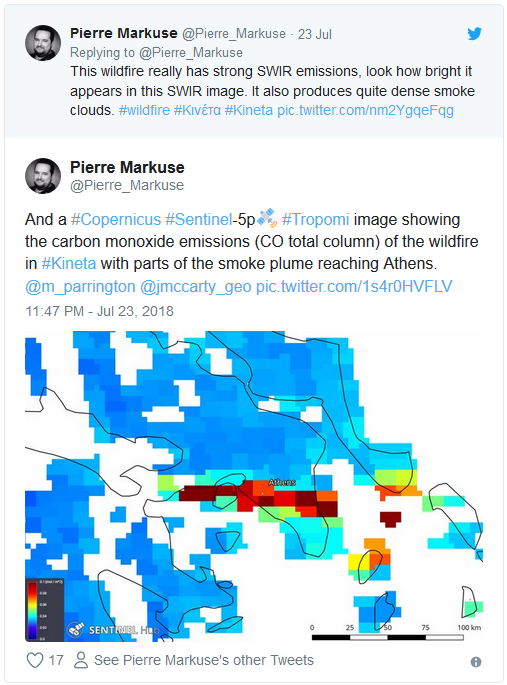 Meanwhile, aerospace engineer Jorge Garcia looked at the spread of nitrogen dioxide — a gas toxic by inhalation that accelerates the burning of combustible materials. 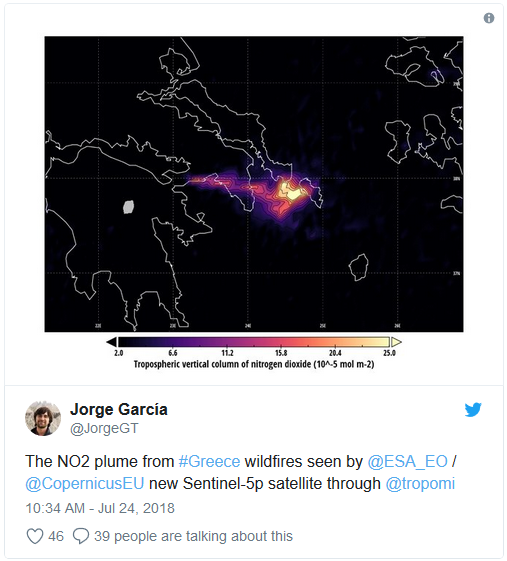 Copernicus also released a map of the fire intensity across Greece, showing the intensity of the different blazes. 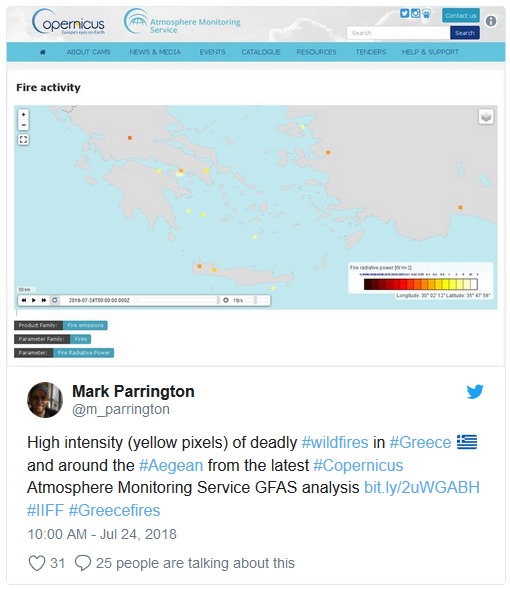