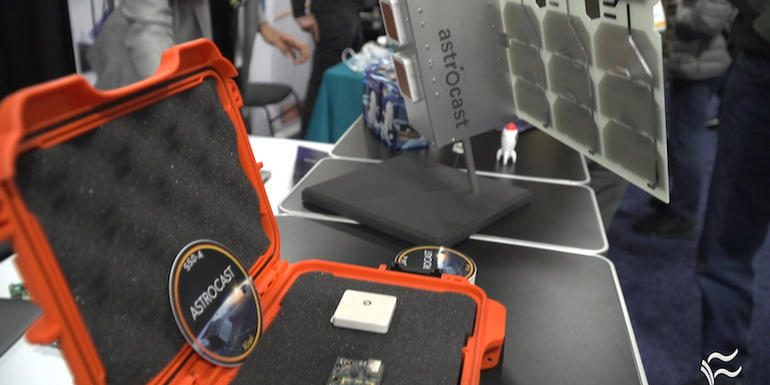 Astrocast announced today the launch of 3 new pilots of its Low Earth Orbit Nanosatellite Network. The pilots with Actia, Marine Instruments, and Swiss Fresh Water highlight the power of satellite networks to deliver affordable communications to the world’s most remote areas.

“Our onboard telematic equipment is designed to support some of the toughest work, in the most remote areas of the world. Agriculture, construction and transportation companies are among the many companies relying on us to keep connected vehicles,” said Philippe Cabon, CTO of Actia. “Astrocast will help us to connect vehicles everywhere.”

Currently only 10% of the world is covered by cellular networks and less than 1% of the world is covered by IoT networks like LoRaWAN or Sigfox. With the launch of its first L-Band, two-way communication nanosatellite in December, Astrocast plans to deliver global accessibility at an affordable price. Until today, satellite communications were cost prohibitive for most companies. Now, even small companies with a big impact, like Swiss Fresh Water that is bringing water purification to remote villages around the world, are able to monitor their machines from anywhere.

“When we started this project, we knew we had the right tools and technology to bring clean water to the world. Our water stations are at the center of some very remote villages and are a lifeline to those communities,” said Mr. Jean-Luc Mossier, Executive Chairman of Swiss Fresh Water. “With Astrocast we can make sure these treatment machines are producing clean drinking water and remotely perform maintenance to ensure their operations.”

Astrocast is a nanosatellite network of 64 cubesats specifically designed to transmit and receive low bandwidth data from IoT devices. Astrocast is the first complete solution to deliver:

“It is very important for our customers to be able to track and monitor their marine buoys, especially deep at sea and in extreme conditions,” said Francisco Pino, Co-Owner of Marine Instruments. “Our collaboration with Astrocast will make monitoring and controlling IoT devices in remote areas more feasible, especially when the area is hundreds of thousands of nautical miles wide.”

“The growth of IoT devices for commercial purposes is outpacing anything the analysts predicted. And in many cases these devices are performing tasks that are impacting the lives of entire populations,” said Fabien Jordan, CEO of Astrocast. “Astrocast is helping make world changing new IoT applications possible.”

Astrocast SA, in partnership with the European Space Agency, Airbus, and Thuraya, is developing an advanced nanosatellite network for the Internet of things (IoT). Airbus and Astrocast have developed a low-cost ASIC and module that provides the most power efficient satellite modem for IoT applications. The constellation will consist of 64 CubeSat satellites in Low Earth Orbit (LEO) and will provide low latency global coverage. Astrocast was founded in 2014 by the developers of Swiss Cube, one of the longest lasting, operational nanosatellites in space