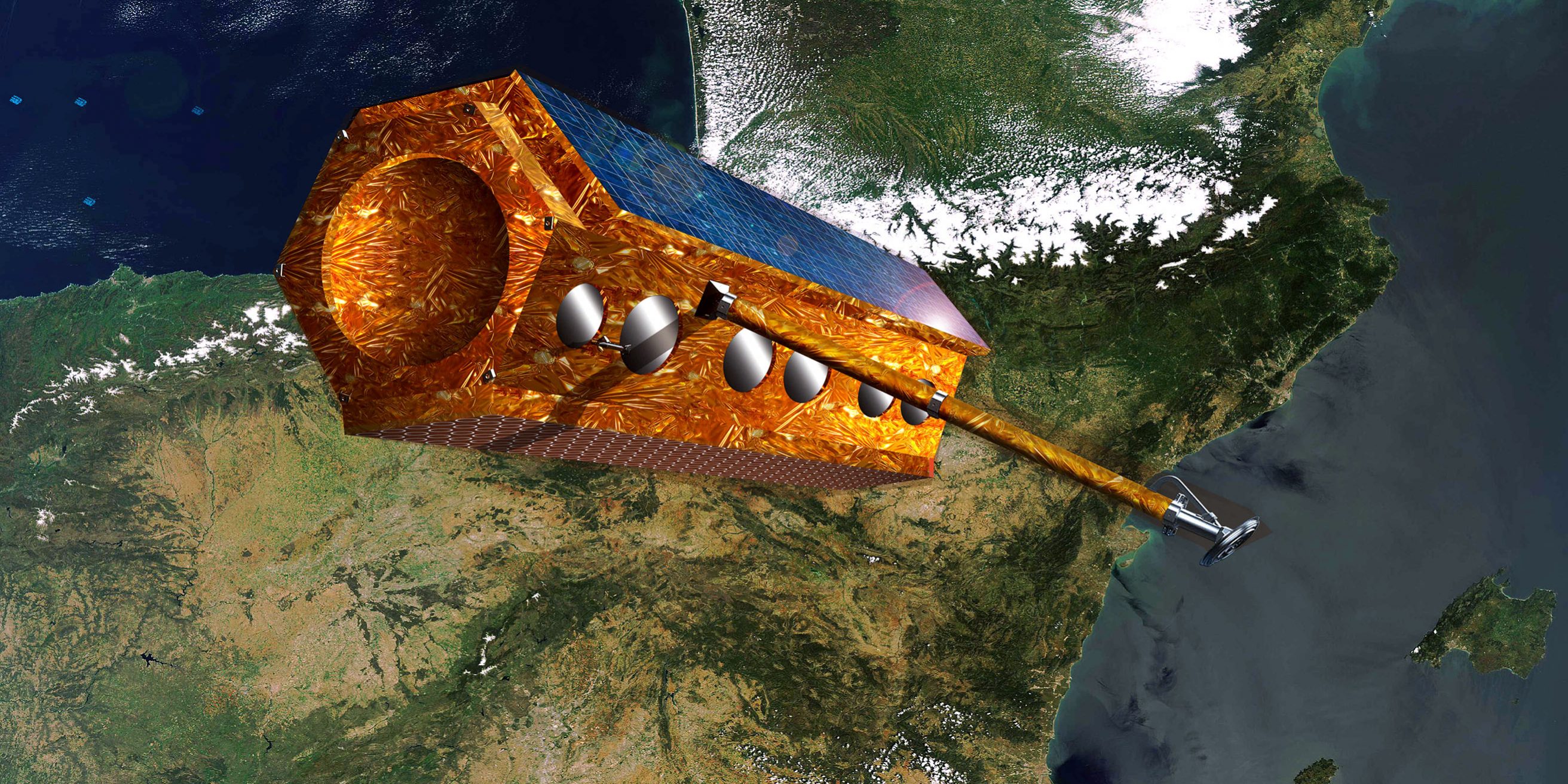 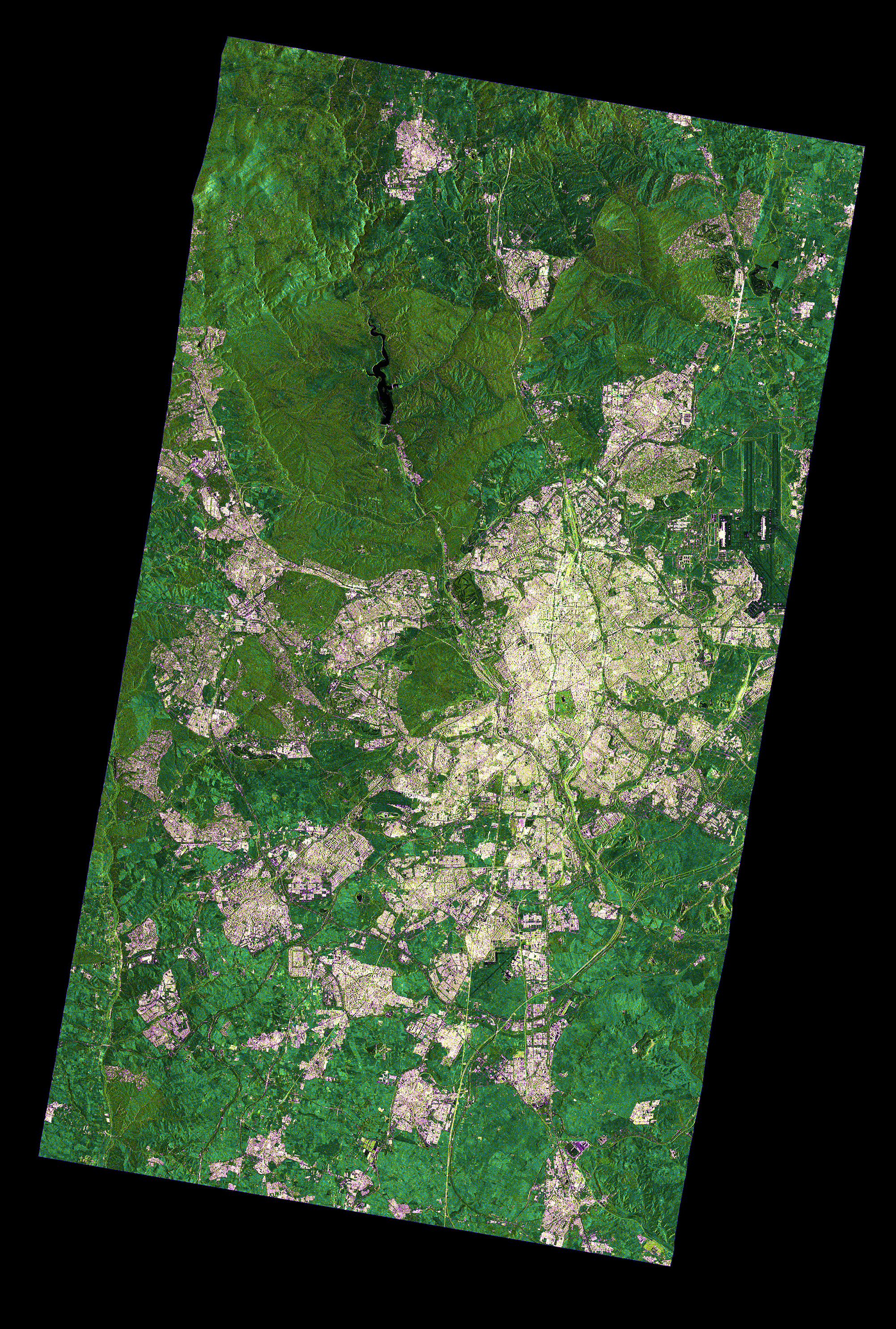 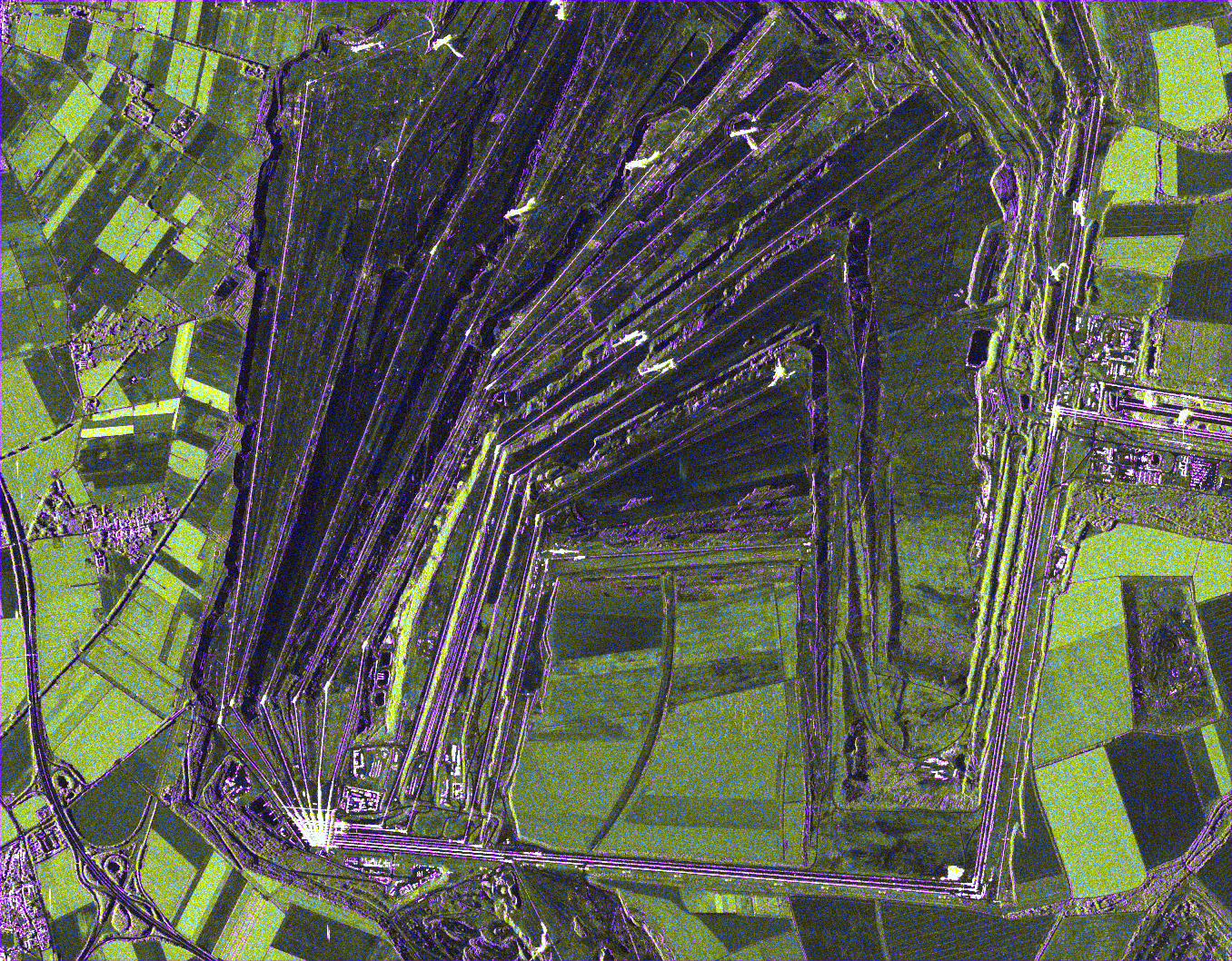 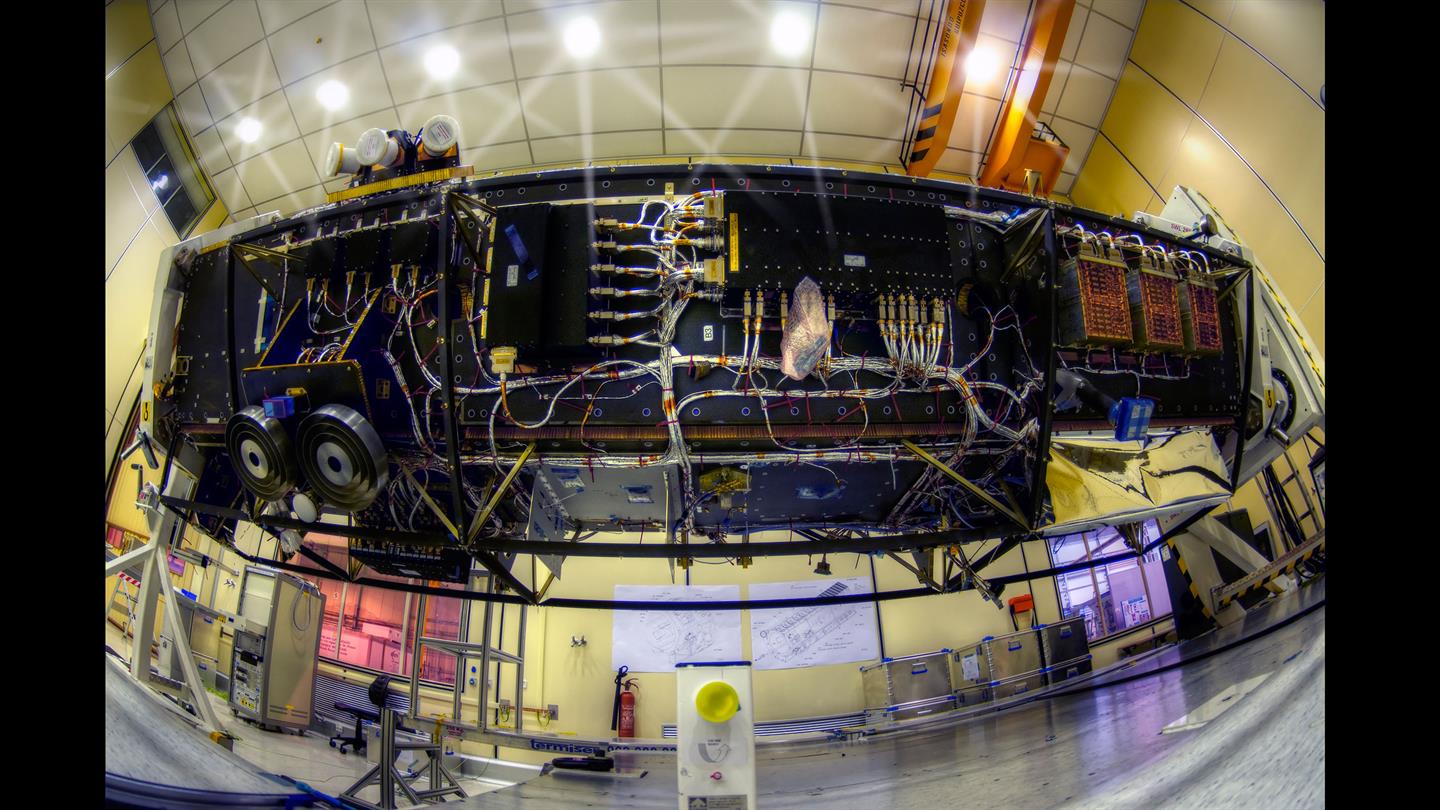 Construction of the radar satellite PAZ 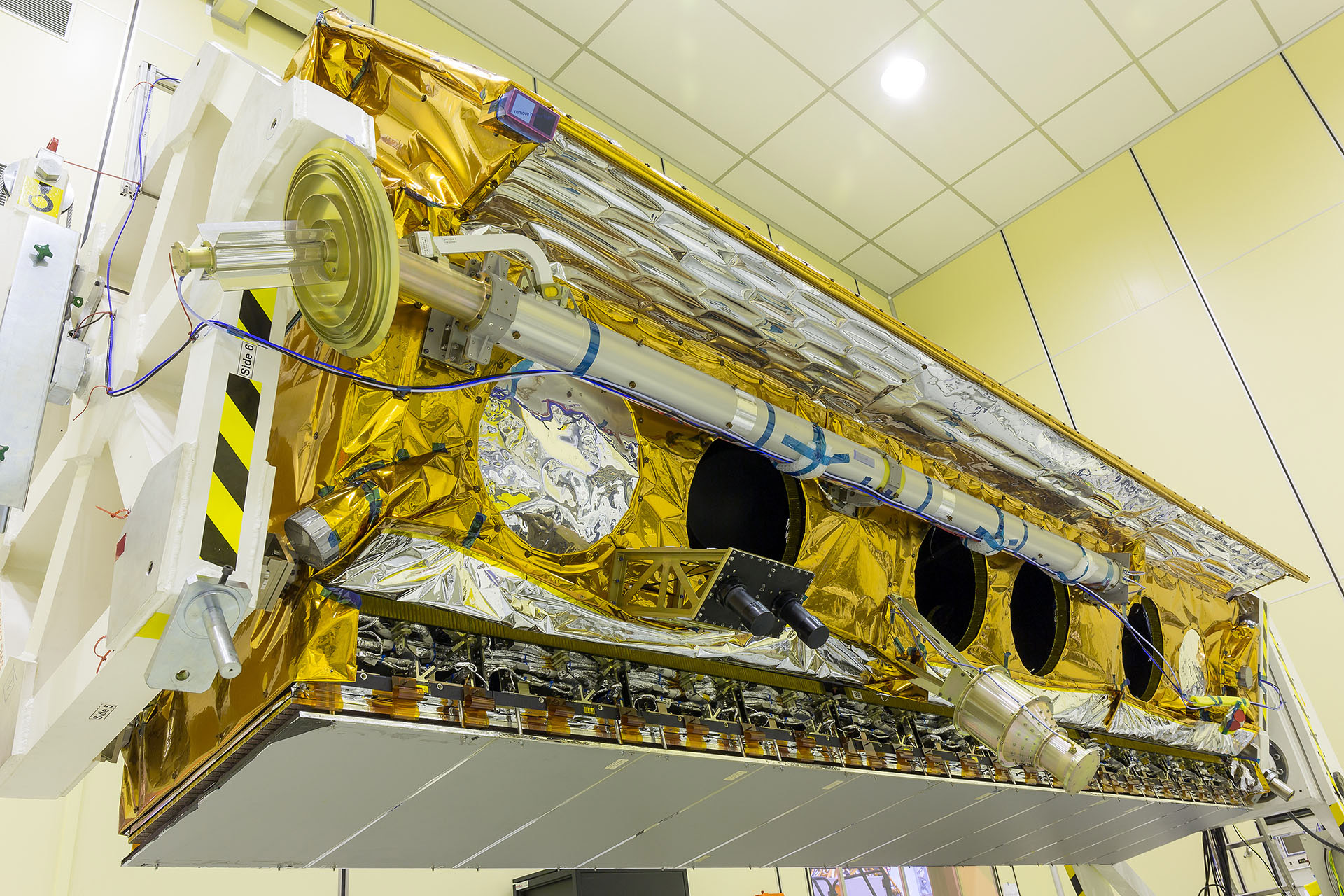 The Spanish Earth observation satellite PAZ was successfully launched on 22 February 2018 at 15:17 CET from Vandenberg Air Force Base in California, United States, on board a Falcon 9 rocket. Interestingly, PAZ is being positioned on the same orbit as the German TerraSAR-X and TanDEM-X radar satellites. In addition, the PAZ ground segment builds on technologies developed by the German Aerospace Center (Deutsches Zentrum für Luft- und Raumfahrt; DLR) for the twin satellites. A constellation of three satellites will make images available faster in the future. PAZ is owned by the Spanish aerospace company Hisdesat and was built by Airbus Defence and Space in Madrid, Spain.

Approximately 75 minutes after lift-off, the DLR ground station at Weilheim received the first telemetry data from PAZ, allowing the next phase of the mission to start. During the first five days, DLR’s German Space Operations Center (GSOC) will assume control of PAZ and put the satellite through its paces. GSOC will use DLR ground stations in Germany and at the North and South poles to receive data and send commands. Following completion of this Launch and Early Orbit Phase (LEOP), control of the satellite will be handed over to the Spanish space agency (Instituto Nacional de Tecnologia Aeroespacial; INTA), which has been tasked with the construction and operation of the ground segment. Regular operations of PAZ will be run from Torrejón de Ardoz, near Madrid.

Drawing upon the technology of the TerraSAR-X and TanDEM-X radar satellites, experts at the DLR site in Oberpfaffenhofen have also developed not only the LEOP operation, but also essential elements of the ground segment for regular flight operations. For example, the DLR Microwaves and Radar Institute has developed specialised software for operation and calibration of the radar equipment. The system automatically calculates which commands must be sent to the satellite to ensure that the recorded data is of the highest quality according to user requirements. The radar antenna and recordings are calibrated with the help of special algorithms, so that accurate information can be derived from the data. Finally, for quality control purposes, the software verifies whether the resulting images meet the user requirements and permanently monitors the ‘health’ of the radar instrument.

Another core element of the ground segment is the processor, which generates highly accurate images based on the radar data. The synthetic aperture radar (SAR) processor was developed at the DLR Remote Sensing Technology Institute. PAZ will use it to deliver the same radar products as TerraSAR-X and TanDEM-X, with resolutions ranging from 18 metres to approximately one metre, regardless of the time of day or cloud cover.

Together with the two formation flying satellites TerraSAR-X and TanDEM-X, PAZ can record almost any region of Earth’s surface within three days. On average, the satellites can capture a location or repeat a recording within 24 hours. They fly over the same point on the ground with exactly the same geometry every 11 days. With PAZ it will be possible to achieve a higher recording capacity and shorter repetition rates in future – recordings will thus be made available more quickly. During the commissioning phase, which will take place during the first few months of the satellite’s life, the developers from Oberpfaffenhofen will be responsible for commissioning the SAR processor, as well as the software for operating and calibrating the instruments.

The PAZ mission is planned to last five and a half years. Designed as a dual-use satellite, it addresses both commercial and government requirements, particularly in terms of civil surveillance tasks and defence and security applications. Hisdesat will use the constellation in conjunction with Airbus Defence and Space.

With TerraSAR-X and TanDEM-X, Germany has achieved globally recognised expertise and a unique selling point over decades. To maintain this leadership role in the future, DLR researchers are already working on Tandem-L, a proposal for a highly innovative radar mission for environmental observation and climate research. The imaging technology of the Tandem-L satellite will set new standards in Earth observation and thus make an effective contribution to addressing major societal challenges – both nationally and internationally. The research policy evaluation of the mission proposal is currently taking place. The decision regarding the realisation of Tandem-L is expected in mid-2018.